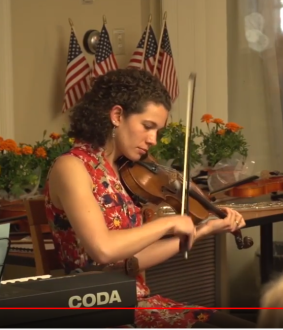 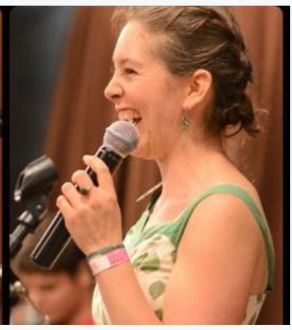 The dance in Williamstown is back after August vacation: Saturday, September 14th, 7:30 pm. 777 Main Street (Williamstown Community Preschool, formerly the United Methodist Church – next to the bank).
Annika Amstutz is a phenomenal fiddler (phiddler?) – have a listen. We’re hoping to debut significant improvements to the acoustics in the hall too. Please join us for a joyful evening!

North Berkshire Community Dance began with a conversation. In the fall of 2018, Doone MacKay, a longtime local fidder in North Adams, met John Seto, a board member of the Country Dance and Song Society. He came to renovate an apartment in North Adams, and he found a longstanding dance community here.

The Northern Berkshires has had a dance community for generations — singing squares in the 1940s, dawn dances in Williamstown in the ’70s. College musicians formed a band 20 years ago and taught themselves to call and held informal dances in Goodrich Hall or played reels in the Berkshire quad. MCLA professors and students danced downtown.

Bennington and North Adams have both had dances until the last few years, and active dances thrive within an easy hour’s drive, in Lenox, Albany and Greenfield.

NBCD has formed to revive dance in North Adams and Williamstown. We are affiliated with Country Dance and Song Society, and with support from them and the Dance Flurry Organization just over the New york border, we are opening the doors this spring.

The music is live, and the dancing is as simple or as inventive as you want it to be. It’s as casual as dancing barefoot in the kitchen.

A dancer dips with a flourish. Photo by Sam Whited, used here under Creative Commons license with thanks.

A circle of dancers relax together in a dance at the New England Folk Festival. Photo by Jeffrey Barry, used here under Creative Commons license with thanks.

A pair smile on the dance floor. Photo by Sam Whited, used here under Creative Commons license with thanks. 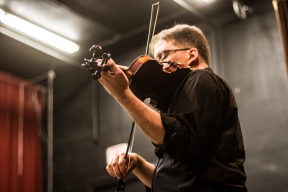 A fiddler plays live music at a contra dance. Photo by Sam Whited, used here under Creative Commons license with thanks.

A couple stands in waltz position on the dance floor. Photo by Sam Whited, used here under Creative Commons license with thanks.

Have you ever held someone’s hands and spun — faster — faster — until you fell into the grass, laughing? Contra and square dance can feel like that. You don’t need a partner or experience, though you’re welcome to bring both. Come on out and join us.

We’ve had a local dance scene here for generations … square dancing at summer fairs, polka at the PNA, contra dances in college halls and students playing music in their dorms on warm nights. We’ve had local bands on the green and monthly contra dances in North Adams and Bennington, Vt. And we’re bringing them back.


Other Nearby Dances Albany, NY - 2nd and 5th Fridays